Caro Jost focuses on an innovative representation of the search for traces. For this reason, the conceptual artist began building up a personal archive of material and photographs in New York in 1998, and since then has been collecting the material for her works on worldwide trips to places in art history, artists’ studios, and archives. This can be self-produced film footage, lost objects, found objects in public space, or documents she collects from the archives of her favorite artists, but also snippets of conversations recorded by chance or consciously, as well as traces and marks on the street (Streetprints). 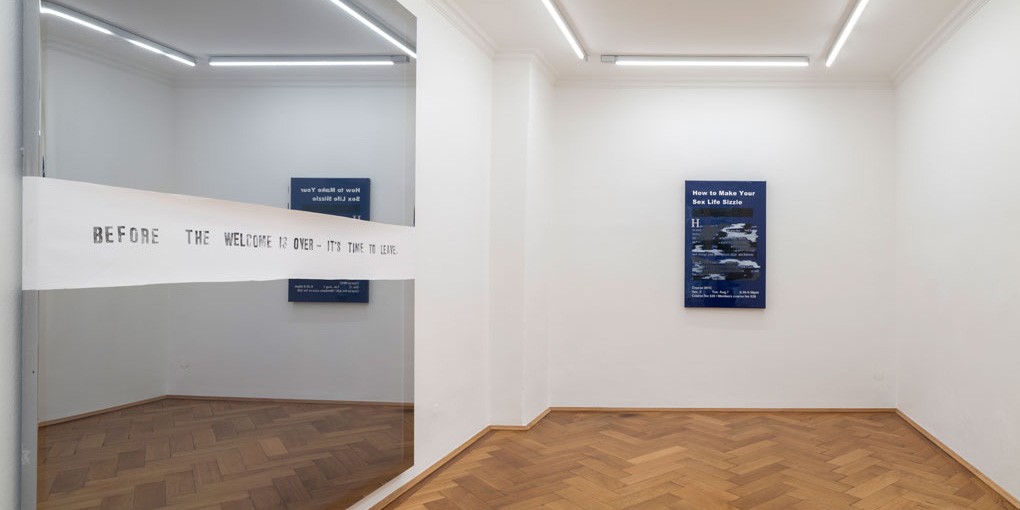 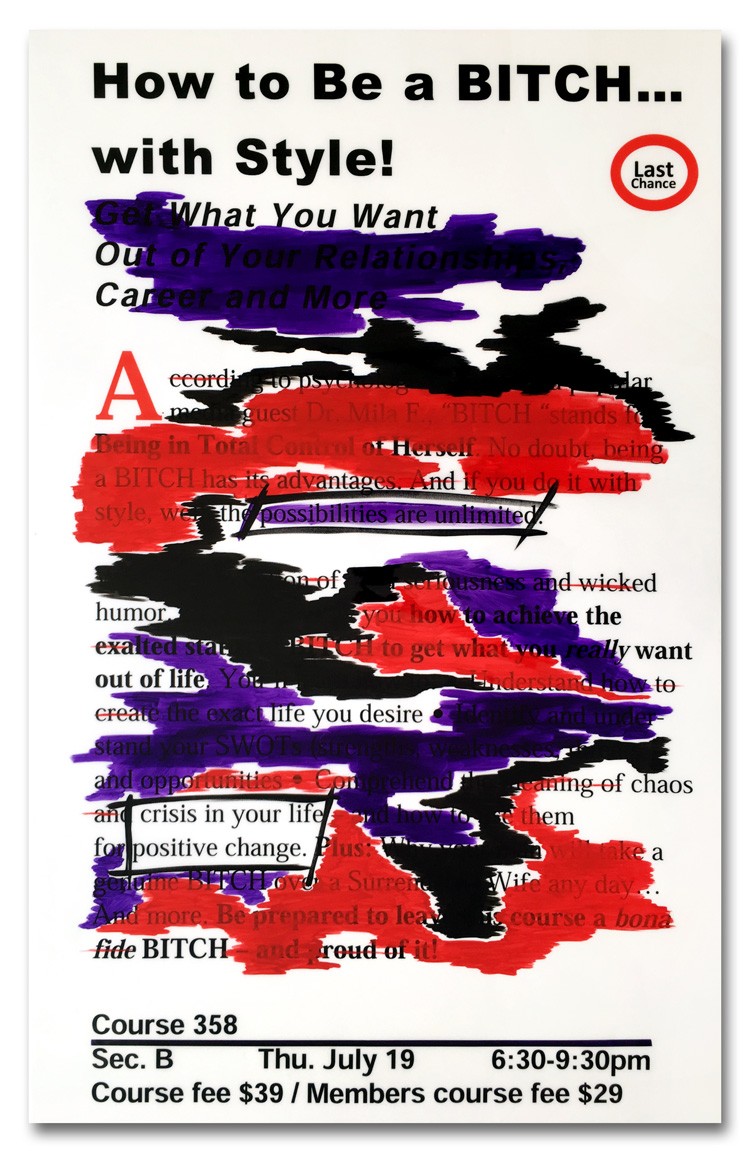 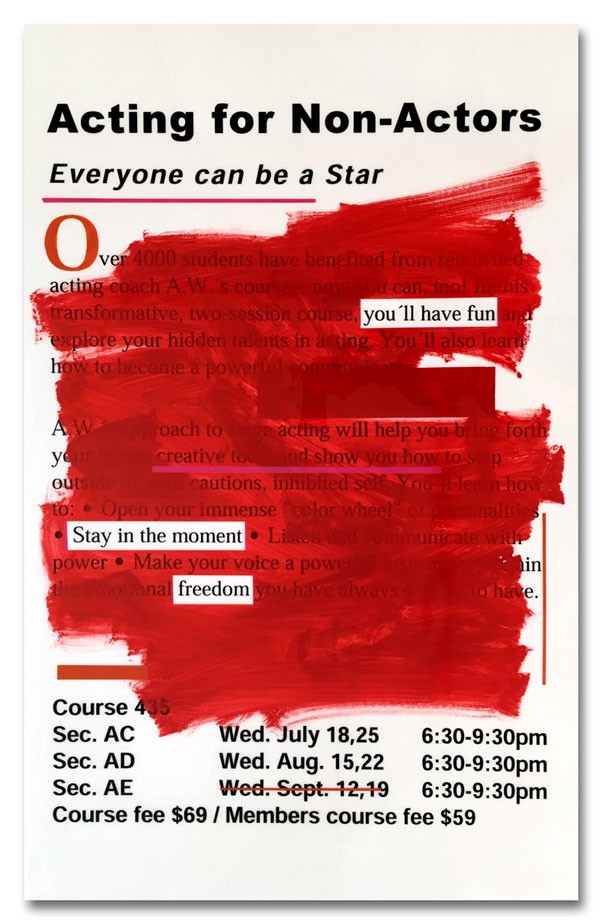 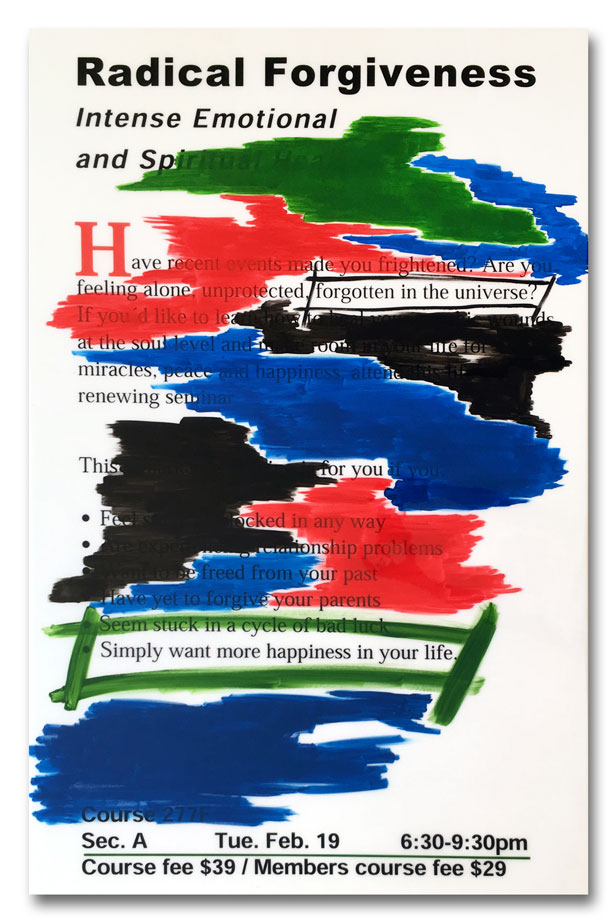 “In her Public Paintings, Caro Jost refers to the Summer of 2001 in New York City, where a year earlier, she had begun her career as an artist at the Art Students League. Riveted by the pulsating life in this city of winners and losers, the artist began putting together her personal archive of material and photographs. Even today, her time spent there continues to determine the paths she pursues in her work in general. Whereas earlier on, art historical themes had been central to her work, in her new series of work, Caro Jost focuses on topics of public life. In this case, she resorts to pamphlets for evening courses she had picked up and collected on the streets, in the subways, or in public places back then in New York. She transfers these pamphlets to the canvas as paintings, whereby she intentionally omits individual information. Whereas pamphlets are increasingly disappearing from our everyday lives, the urge for self-improvement revealed in the messages of these courses offered is more present than ever before, above all in the social media. Because Caro Jost detaches the text from its original context, these old documents, most likely printed for a large circulation and mass-distribution back then, are now one-of-a-kind attests to their time. As she works, Caro Jost not only appropriates the aesthetics and language of the ad, she also internalizes the spirit of the times inherent in these objects. Due to her archival approach and the artistic appropriation of foreign materials, artworks by Caro Jost may be brought into connection with Appropriation Art.”
Lisa Stoiber, Munich, 2019 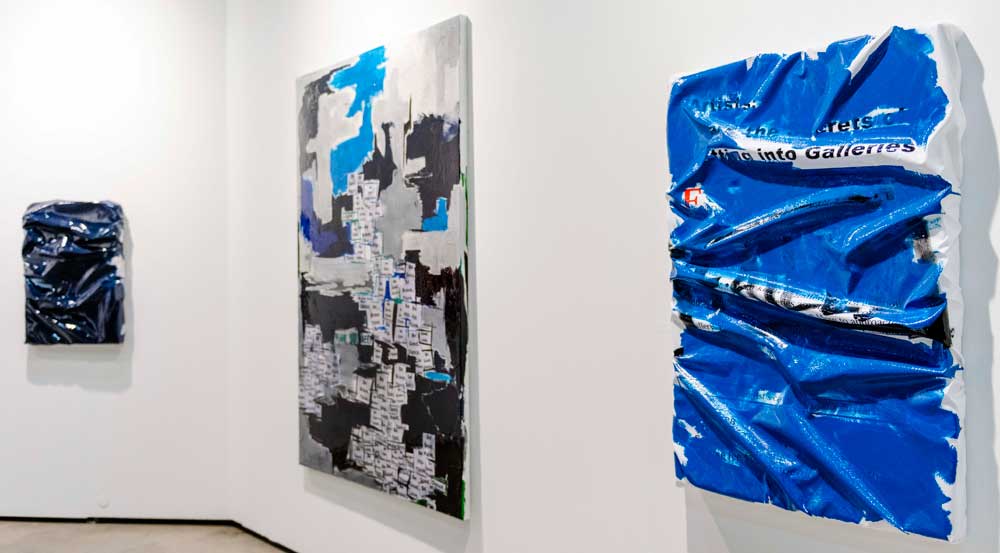 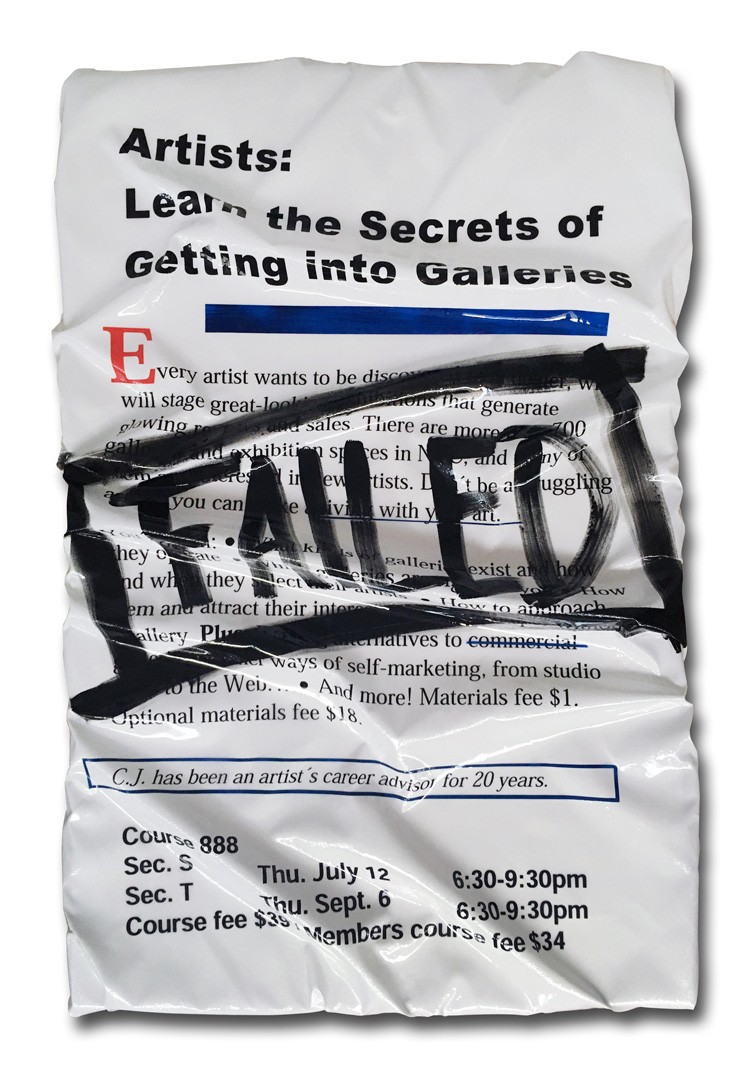 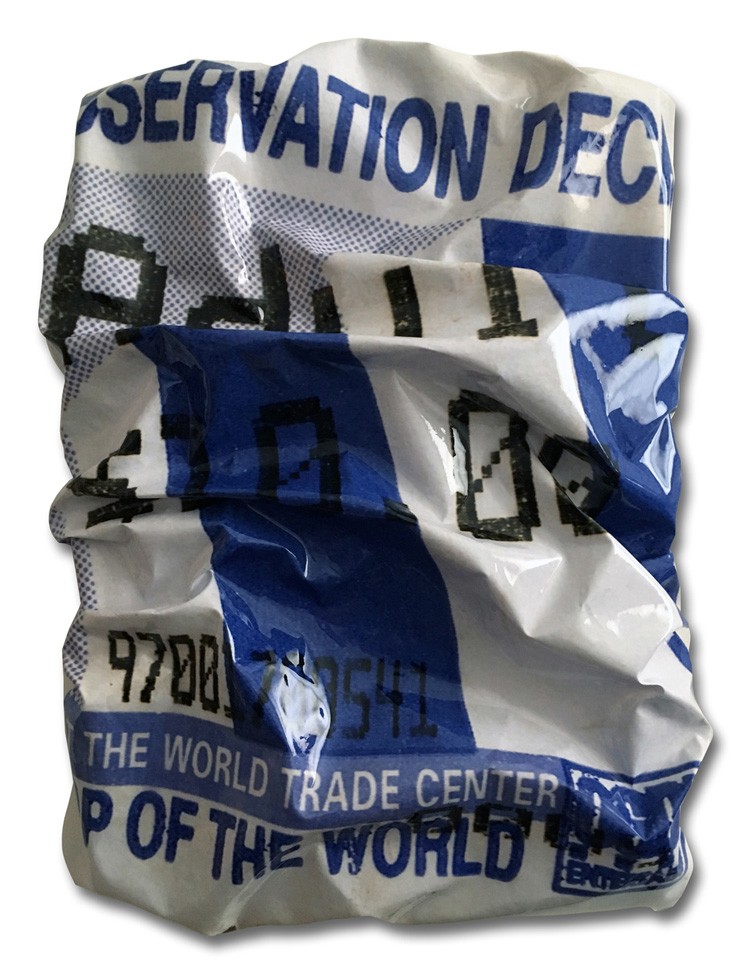 All copyrights for the articles, texts and shown photographs are held by Caro Jost or the writers. Neither text, articles nor images may be reproduced in any form without the permission. You may not modify or further reproduce the content for any purpose whatsoever. You must request and obtain permission for all uses of content. The information on this Site is for informational purposes only. Caro Jost is not responsible for any errors or omissions in the Site or Site Materials. Caro Jost is not responsible for and do not guarantee the accuracy or completeness of any User Material, Site Material, links, advertisements or other items contained within the Site.